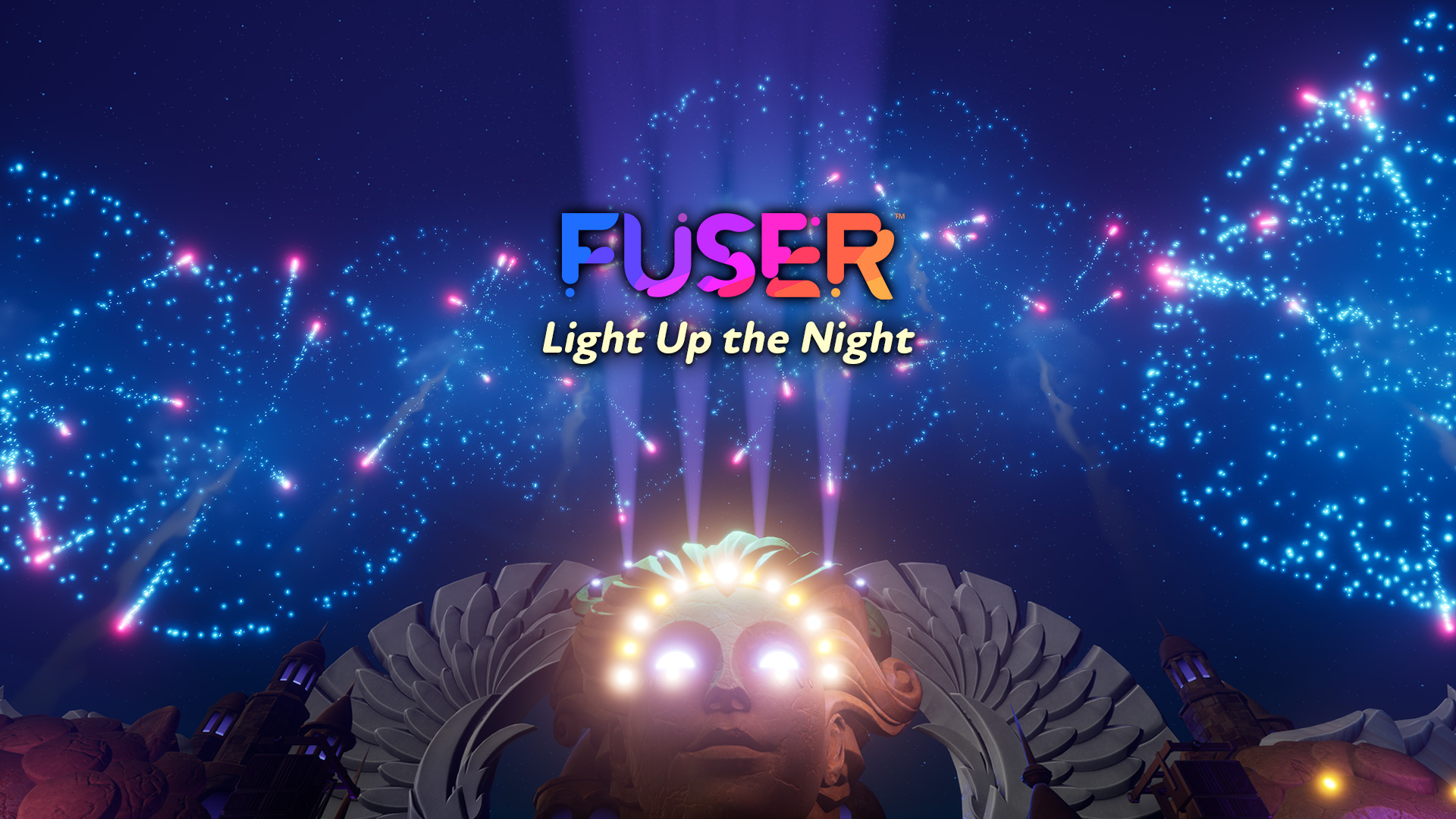 Announcing the Light Up the Night Pack!
bundle

Nights are getting longer, and we’ve got the perfect DLC to help you mix tunes in FUSER for evening shows! To make sure your fans light up their cell phones, pick up the Light Up the Night Pack on October 7. You’ll get 4️⃣ brand new songs and 3️⃣ new cosmetic items so you can shine through the night.

The Light Up the Night Pack contains:

Check out the song details below!

But that’s not all: this monthly Pack also comes with a neat bonus event available later this month! Showcase your best mixes with these new melodies.

From now on, we’ll deliver you a themed DLC Pack each month, stuffed with hit songs, hot sauce items, and a DLC event. Start thinking about what November’s theme could be… We’ll also keep releasing songs via the Diamond Shop, so you’ll never run out of new ways to experiment with tunes!

“Lights” by Ellie Goulding was a smash success single from her 2010 album Bright Lights that reached number two on the Billboard Hot 100 and spent over a year on the charts. It earned a five-time Platinum certification from the RIAA having sold over 5,000,000 units! The song was a global success with the track entering the top 10 of over 8 countries in addition to charting in the top 100 in over 18 countries including her home country, England.

Ellie Goulding's signature style is perfectly showcased in this hit track's lead vocal disc, supported by a transcendental synth featured on the lead instrument disc. The synth intensifies during the pre-chorus along with the bass disc that evolves from a simple eighth-note rhythm to an electrified bass and strummed acoustic guitar.

“Renegades” by X Ambassadors hails from their 2015 debut album VHS and instantly attracted positive attention for its captivating sound. The song received a nomination for the “Top Rock Song” at the 2016 Billboard Music Awards as well as a three-time Platinum RIAA certification. The track also catapulted to the number one spot on the Billboard US Hot Rock & Alternative Songs, Billboard US Adult Top 40, and Billboard US Rock Airplay.

The lead vocal disc delivers a powerful story on an irresistible melody sung with a pensive vocal tone. The lead instrument disc contains catchy background vocals and adlibs that add to the raw emotion of the piece. The bass disc is filled with both strummed and plucked electric and acoustic sounds that fill out the entire musical arrangement.

“Smoke On The Water” by Deep Purple is a legendary Rock track from the group's 1972 album Machine Head. The song has earned RIAA Gold certification in the United States along with placement on the VH1’s list of “100 Greatest Hard Rock Songs” as well as a top 5 placement in Tonal Guitar Magazine’s “Top 20 Greatest Guitar Riffs Ever”. The song enjoyed commercial success worldwide including a top 5 placement on the US Billboard Hot 100.

The heavy-handed drums set a bold energetic tone for the rest of the song, with a mix of intense fills and driving hi-hat rhythms. The bass disc features one of the most iconic guitar and bass riffs of all time that will make an excellent focal point of any mix. The electric piano on the lead instrument disc adds a bit of levity to an otherwise gritty track until it aligns with the bass disc during the chorus to hit the listener with a wall of sound.

“Burning Down The House” by Talking Heads is a recognizable funk inspired new wave song that will add a bit of soul to your mixes. This highly respected group has been inducted into the Rock and Roll Hall of Fame in addition to appearing on both the “500 Greatest Albums of All Time” and “100 Greatest Artists of All Time'' lists as ranked by Rolling Stone. “Burning Down The House” was one of the band's most successful singles in North America, entering the Billboard Hot 100 top 10 and the Canadian top 10.

The lead instrument disc contains classic 80s pop synth sounds, but the composition is extremely unique in the synths serving just as much of a rhythmic purpose as melodic which will make for a great mixing tool! The decisive drums hold down the groove and create space that supports the lead vocals with its smooth tom-heavy drum fills. The lead vocal disc holds the unique stylings of David Byrne beautifully exemplifying the essence of new wave sound.

This incredible DLC Pack also includes the Lying in Wait Dissentor’s Slacks, Lying in Wait Shirt and Tie, and the Reactive Glow Spiky Goggles! There are plenty of options available for your avatar to ensure your style matches your signature sound. Customize your attire and Stage Kit to further infuse your creations with your unique personality!

The Light Up the Night Pack will be available for purchase as a bundle for $8.99.

Learn more about FUSER or listen to more late-night tracks while you hang out with fellow music mixers!  Catch FUSER Guest Sessions or watch the Diamond Stage—follow our social channels for dates and times!