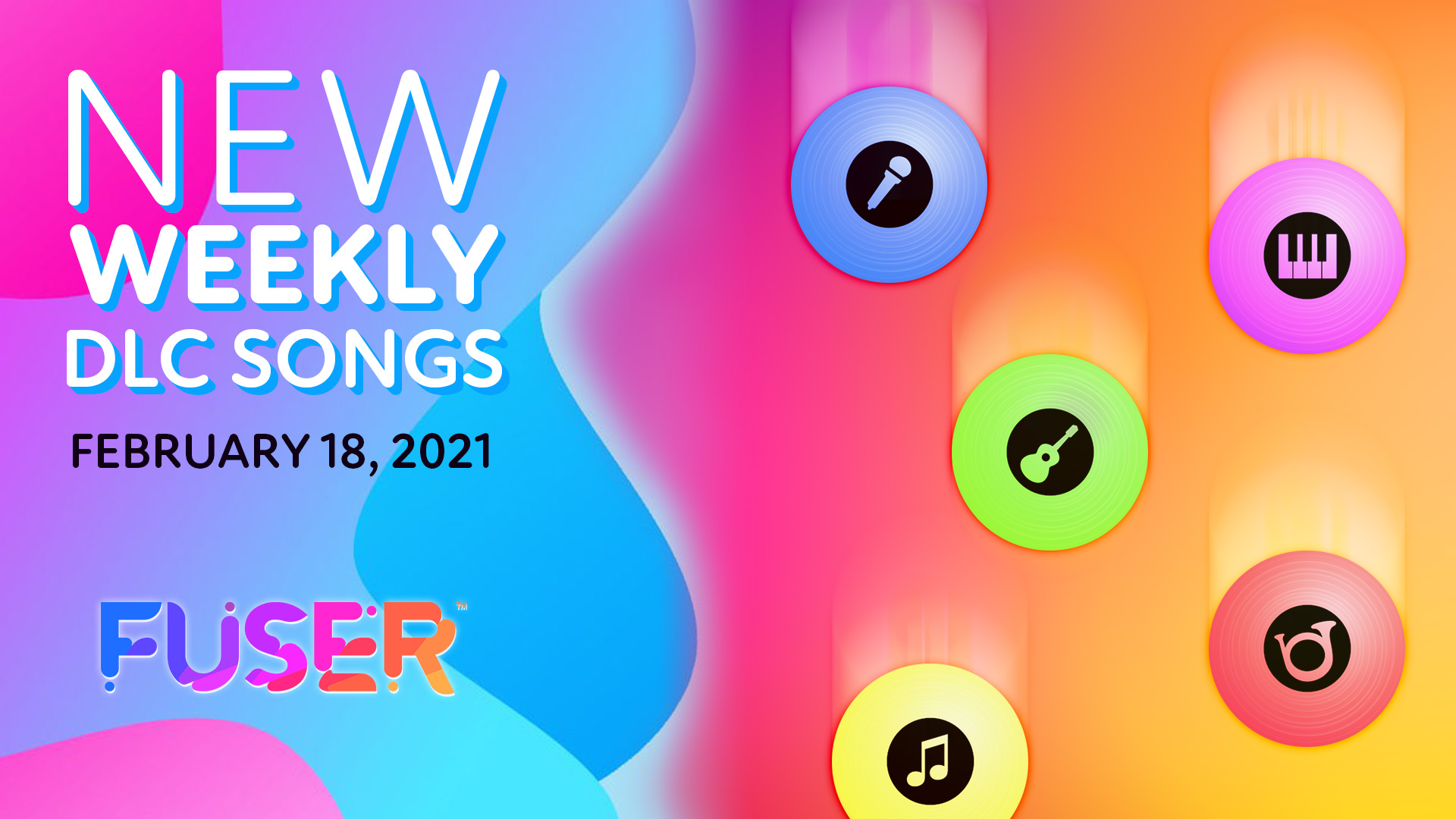 Check out the new DLC coming to FUSER this week to add magic to your ultimate mix!

“Me Gusta” by Anitta ft. Cardi B & Myke Towers, “Golden'' by Harry Styles, and “Too Much” by Marshmello, Imanbek ft. Usher, will be available to purchase later this week!

“Me Gusta” by Anitta ft. Cardi B & Myke Towers is on the way to heat things up in FUSER. The single from the Brazilian singer’s fifth studio album, Girl From Rio, charted worldwide and earned the number one spot on the Brazil Pop International chart. The visually stunning music video was filmed in Salvador, Bahia, and earned critical acclaim for the diverse representation featured in the video. Anitta offers a fresh take on the popular reggaeton drum pattern, providing Latin influence on your mixes with a new twist! Anitta’s vocals are delivered professionally and controlled, further enhanced by the ad-libs and harmonies from Cardi B and Myke Towers. The lead instrument and bass disc play well together, offering an instrumental call and response that perfectly complements one another. Fun fact, a remix of the song was also released in late 2020 featuring fellow FUSER artist, 24kGoldn!

“Golden” by Harry Styles is the second single from his 2019 album Fine Line. Fine Line, the second studio album from Styles, broke records for the biggest ever first-week sales by an English male artist. The album was honored with a place on Rolling Stone’s 500 Greatest Albums of All Time and featured another FUSER track, “Adore You.” The song entered the Billboard US Mainstream Top 40 and US Adult Top 40, also earning RIAA Gold certification. “Golden” contains both a delicate strummed acoustic guitar and electrified riffs from the bass disc. With a wide variety of textured sounds, this arrangement has a timeless quality about it. The emotional lyrics are delivered by the heart-melting vocals of Harry Styles and are beautifully framed with simple but effective harmonies.

“Too Much” by Marshmello, Imanbek ft. Usher is an explosive track that will help lift mixes to the next level! The song is delivered by a powerhouse trio featuring worldwide superstar Usher, and Marshmello, one of the hottest producers in the game! Imanbek, who is also credited on the track, achieved global success with his recent remix of SAINt JHN’s “Roses,” also featured in FUSER. The lead vocal disc fits with a wide variety of styles and genres thanks to the flawless fluidity of Usher’s voice, delivering lyrics alluding to his unwavering romantic devotion. A combination of synth, sounds, and guitar come alive in the lead instrument disc, adding unexpected layers to the composition. The bass and drum discs bring life to the song, driving the energy forward and offering a solid foundation for the creative lead instrument and smile-inducing vocals from Usher.

“Me Gusta” by Anitta ft. Cardi B & Myke Towers, “Golden'' by Harry Styles, and “Too Much” by Marshmello, Imanbek ft. Usher will be available for purchase at $1.99 (USD or regional equivalent) each.

We want to enjoy your set! Share your mixes with us on Instagram, YouTube, and Facebook—tag us using the #PlayFUSER and #MixTheHits hashtags. Maybe we'll shine a stage light on them in a future Masters of Mix!