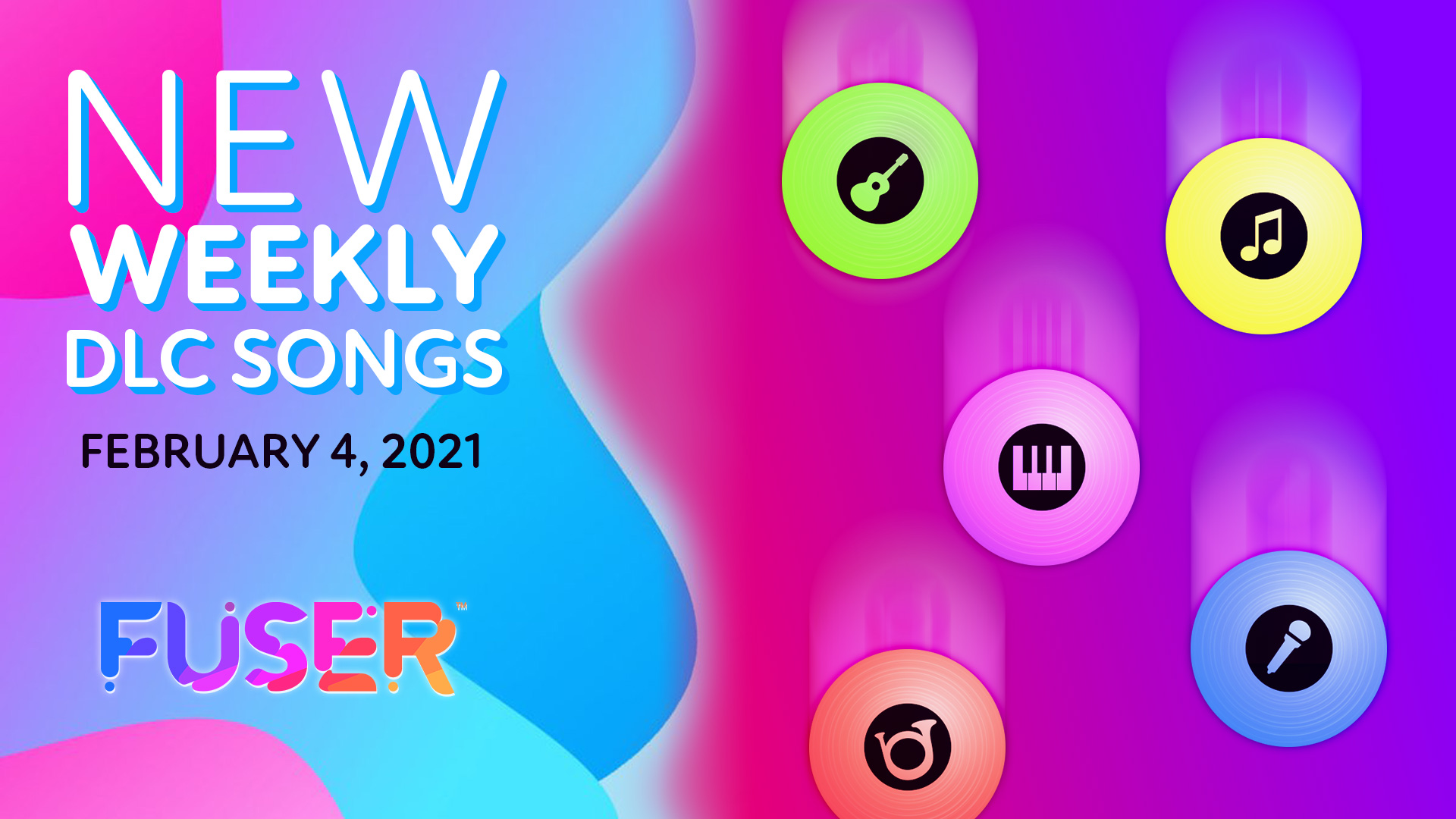 “Mood” by 24kGoldn ft. iann dior is a welcome addition to the FUSER festival lineup! Multi-talented artists 24kGoldn and iann dior, deliver a lyrically poignant track you can’t help but dance along to. This song topped the Billboard US Hot 100 chart and earned number one on Billboard's Hot Rock & Alternative Songs, Hot Alternative Songs, and Hot Rap Songs simultaneously. You’ll almost certainly find yourself singing the catchy vocal loop after playing with this track! The bass offers some very resonant low-end to incorporate into your mixes. The lead instrument features a simple but effective guitar riff, enhanced by the filters and effects included in the original track. This song contains all the necessary components to help you make your most amazing mix yet!

“Baby, I’m Jealous” by Bebe Rexha ft. Doja Cat brings powerful feminine energy to FUSER. “Baby, I’m Jealous” was released in October of 2020 as a single from Rexha’s anticipated second studio album. A longtime songwriter and performer, Bebe Rexha has earned acclaim for her music—including and not limited to international music chart appearances, multiple Grammy nominations, and a variety of BMI awards. This candid song offers a precise rhythmic emphasis from the guitar that adds a brighter texture to this gritty track. The staccato eight-note pattern on the lead instrument disc adds an appreciated texture to the song. Speed up the bass, enhance it with some audio effects, and this disc is ready to complete club-worthy dance mixes.

Recently released “Higher” by pop music sensation Shawn Mendes will come to FUSER later this week! This song was released just over a month ago in early December 2020, from Mendes’ fourth studio album Wonder. When slowed all the way down, his vocals are irresistible and maintain the song's seductive energy, further emphasized by a mystery-filled lead instrument disc. The relentlessly groovy bass will blend effortlessly with heavier rock tracks in FUSER. Experiment with these sounds and share your creation on social media to show the world your own take on this exceptionally well-produced track.

“Mood” by 24kGoldn ft. iann dior, “Baby, I'm Jealous'' by Bebe Rexha ft. Doja Cat, and “Higher” by Shawn Mendes will be available for purchase at $1.99 (USD or regional equivalent) each.