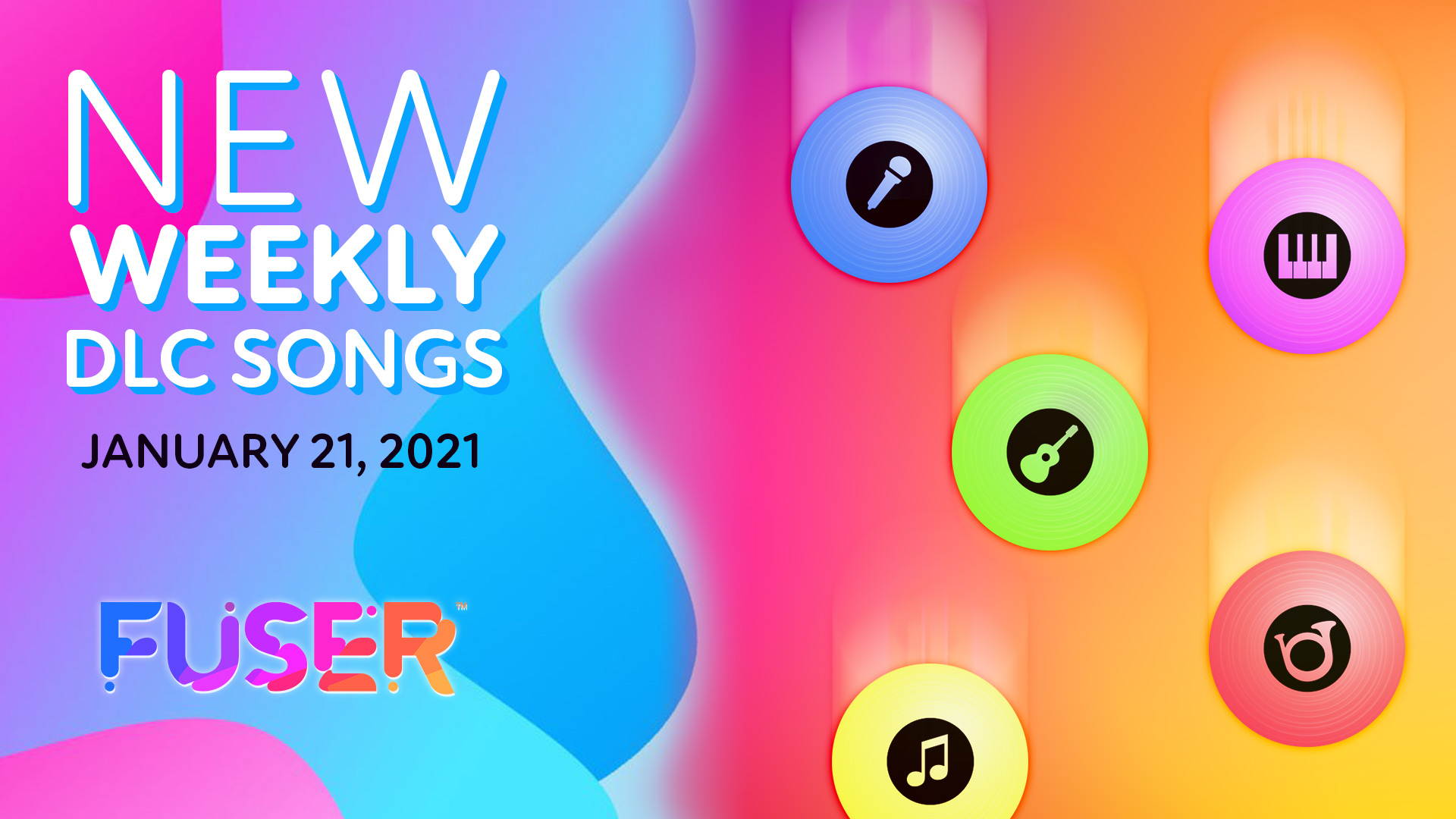 “New Rules” by Dua Lipa, “Young Dumb & Broke” by Khalid, and “Mr. Brightside” by The Killers will be available to purchase individually or as a discounted Premier Pack 01 in FUSER!

“New Rules” by English singer-songwriter Dua Lipa has proven itself as a fan favorite in FUSER! “New Rules” charted worldwide and earned the number one spot on Time Magazine’s Top 10 songs of 2017. This pop anthem is a 5-time multi-platinum RIAA certified track, contributing to Dua Lipa’s status as one of the top five streamed female artists on Spotify in 2020. The track contains instructive and empowering vocals, alongside an active drum disc containing trace amounts of Reggaeton influence in the beat. The electrified bass and lead instrument cultivate a sense of anticipation with the ascending musical lines featured in the pre-chorus leading to one of the most danceable choruses of the present day.

“Young Dumb & Broke” by Khalid was released as a single from his debut album American Teen. This soul-soothing song reached number one on Billboard’s US Hot R&B songs. Khalid has been nominated six times for both the Grammy Awards and the Billboard music awards and countless other award nominations worldwide. This R&B track is filled with sample sounds in the bass and drums, making it an excellent choice to equip yourself with before you head into a Battle in FUSER! Although the song maintains generally optimistic energy, the instrumentation of the lead instrument disc can be repurposed to fit with any melancholy mix, thanks to its subdued musical nature. Khalid’s world-renowned vocals are the star of this track; he offers relatable lyrics in his gentle and unique vocal performance style. Change the mode of this track from major to minor to hear this popular song in a completely unique way.

“Mr. Brightside” by The Killers arrived as their first single from their debut album Hot Fuss. With over a billion plays on Spotify, “Mr. Brightside” perfectly exemplifies The Killers enduring musical legacy and influence. Dubbed one of the best songs of the 21st century by Rolling Stone, this composition features one of the most recognizable and sonically satisfying guitar riffs of the 2000s. The brilliant lyrical storytelling of lead singer Brandon Flowers combined with his exceptional vocal performance, makes the vocal disc impossibly fun to mix with. The Killers’ ability to deliver emotionally charged lyrics atop a danceable beat helped catapult this song into legendary status, making it the perfect track to mix into your various FUSER creations!