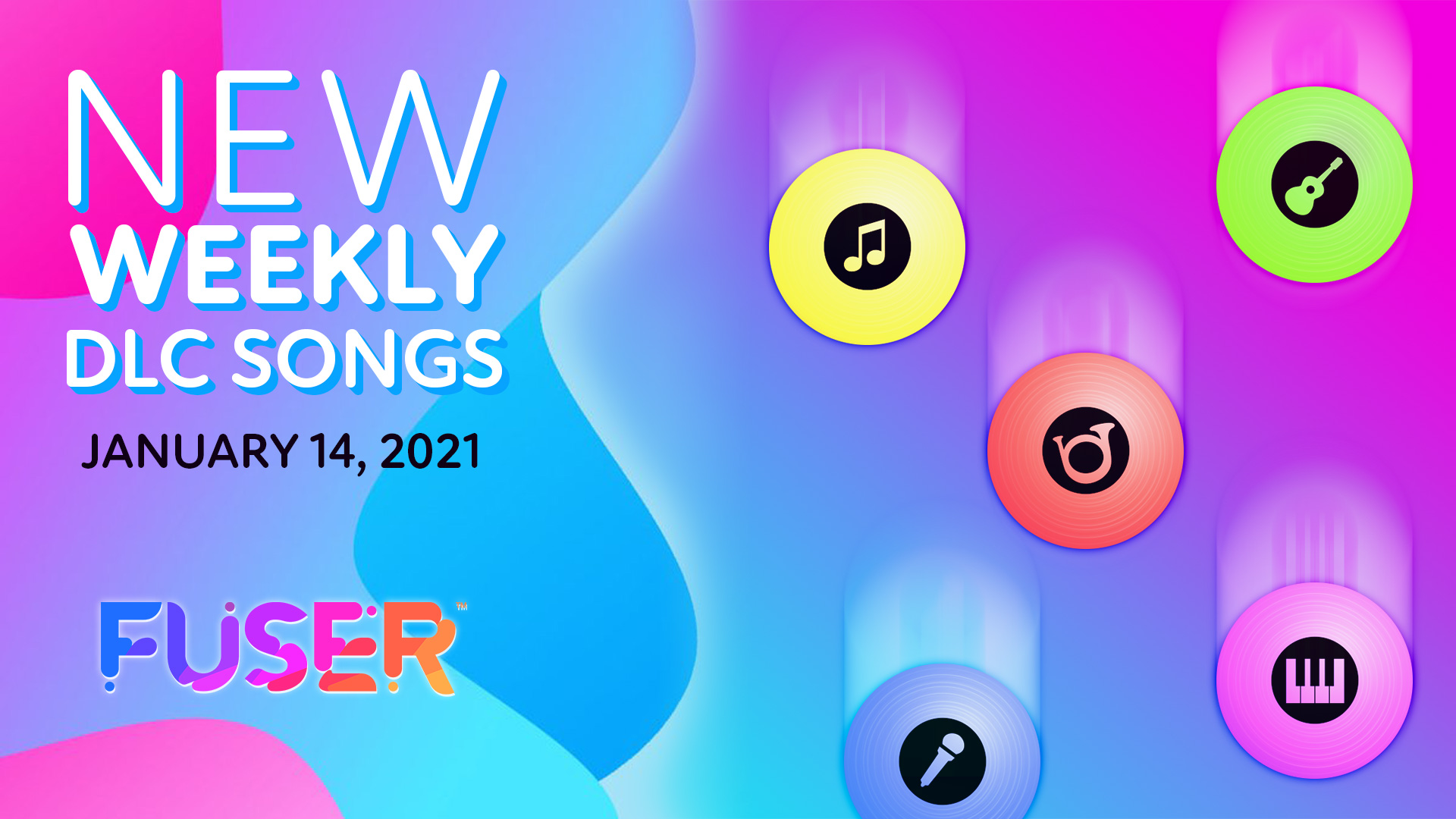 “Murder She Wrote” by Chaka Demus & Pliers, “Whine Up” by Kat DeLuna ft. Elephant Man, “Livin’ La Vida Loca” by Ricky Martin, and the Look Pack: Decommodification will be available to purchase later this week!

“Murder She Wrote” by Chaka Demus & Pliers seasons the FUSER festival with the genius of Jamaican music! The song was recorded and released as a single in 1992 and later appeared on their 1993 album Tease Me, achieving international recognition. The lead instrument disc features staccato guitar that allows players to infuse any mix with a Caribbean influence. The vocal disc contains Pliers’ delightfully sweet voice alongside Chaka Demus masterful toasting and maintains its sonically satisfying effect regardless of what other sounds it’s combined with. Individually, each of these discs appears simple and energetically controlled, and when combined, they deliver a musical masterpiece.

“Whine Up” by Kat DeLuna ft. Elephant Man joins the FUSER lineup offering just a taste of the Dominican Republic’s incredible music. From her debut album 9 Lives, the song earned a Billboard Latin Music Award for "Latin Dance Club Play Track Of The Year” and charted internationally. This track’s energy is incredibly high to start with, driven by an aggressive hi-hat rhythm on the drum disc. Each disc provides new and unique sounds to FUSER, but the real magic is in this loop’s last 8 bars. The final bars are a masterclass in building musical tension; FUSER pros will surely find a way to take advantage of these sounds as they practice their own risers and mix transitions.

“Livin’ La Vida Loca” by Ricky Martin will be joining other amazing tracks by music legends from Puerto Rico in FUSER. Released in 1999 from his self-titled album Ricky Martin, the track achieved worldwide recognition, followed by a myriad of award nominations, including an impressive nine MTV Music Video Award nominations. The track contains the suave vocal performance of Ricky Martin with the now world-famous horn lines we’ve all come to know. A simple but active bassline can enhance any Dance inspired mix, and when slowed down, blends seamlessly into lower tempo mixes and genres like Country. The fast-paced drums are perfect for exploring Audio Effects, so be sure to spend some time exploring your options in Freestyle.

This week's DLC includes the Look Pack: Decommodification! As you refresh your Crate, be sure to do the same for your wardrobe. Utilizing customization options for your avatar and Stage Kit is a vital component of defining your signature style. 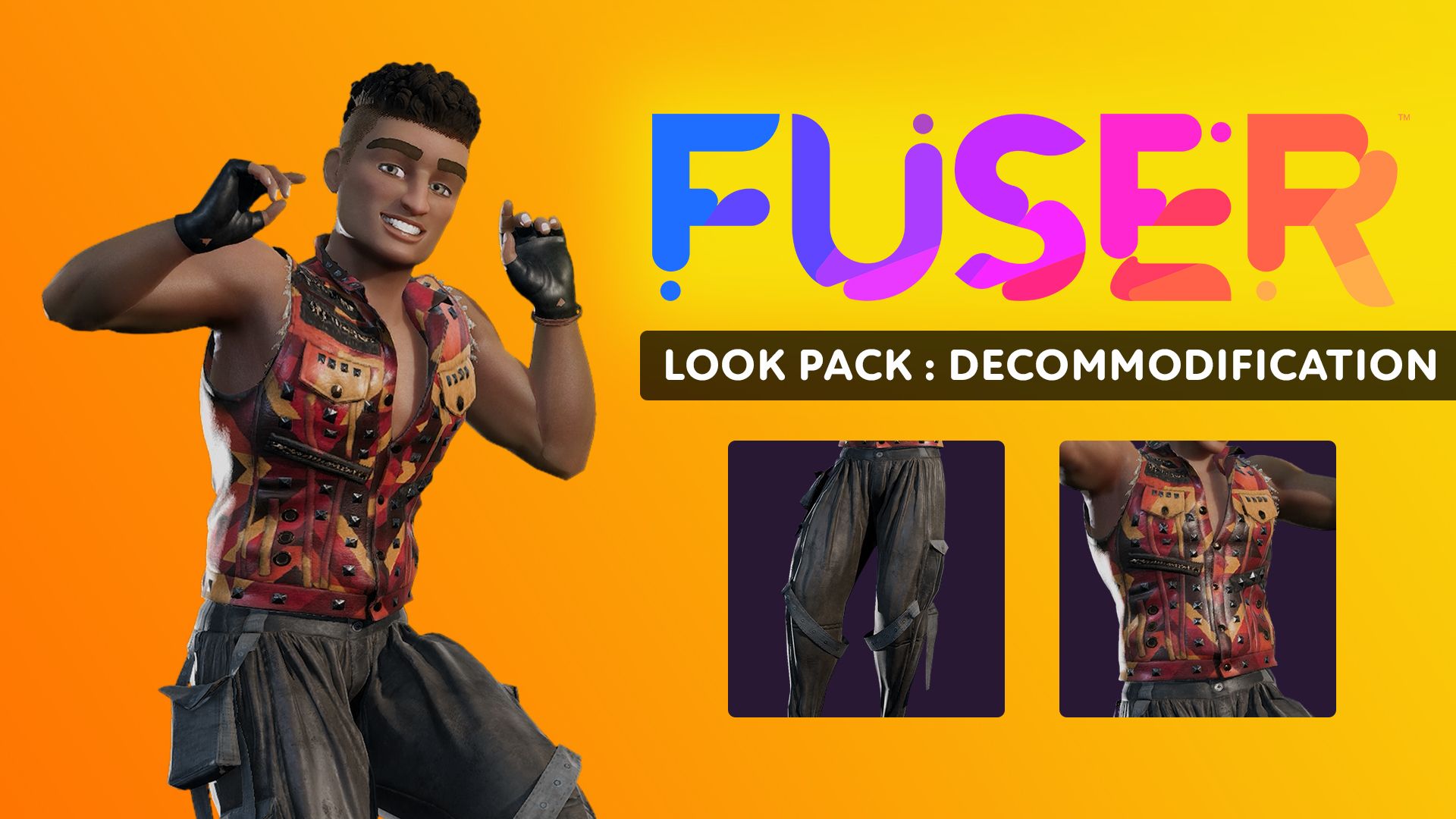 “Murder She Wrote” by Chaka Demus & Pliers, “Whine Up” by Kat DeLuna ft. Elephant Man, “Livin’ La Vida Loca” by Ricky Martin, and the Look Pack: Decommodification will be available for purchase at $1.99 (USD or regional equivalent) each.