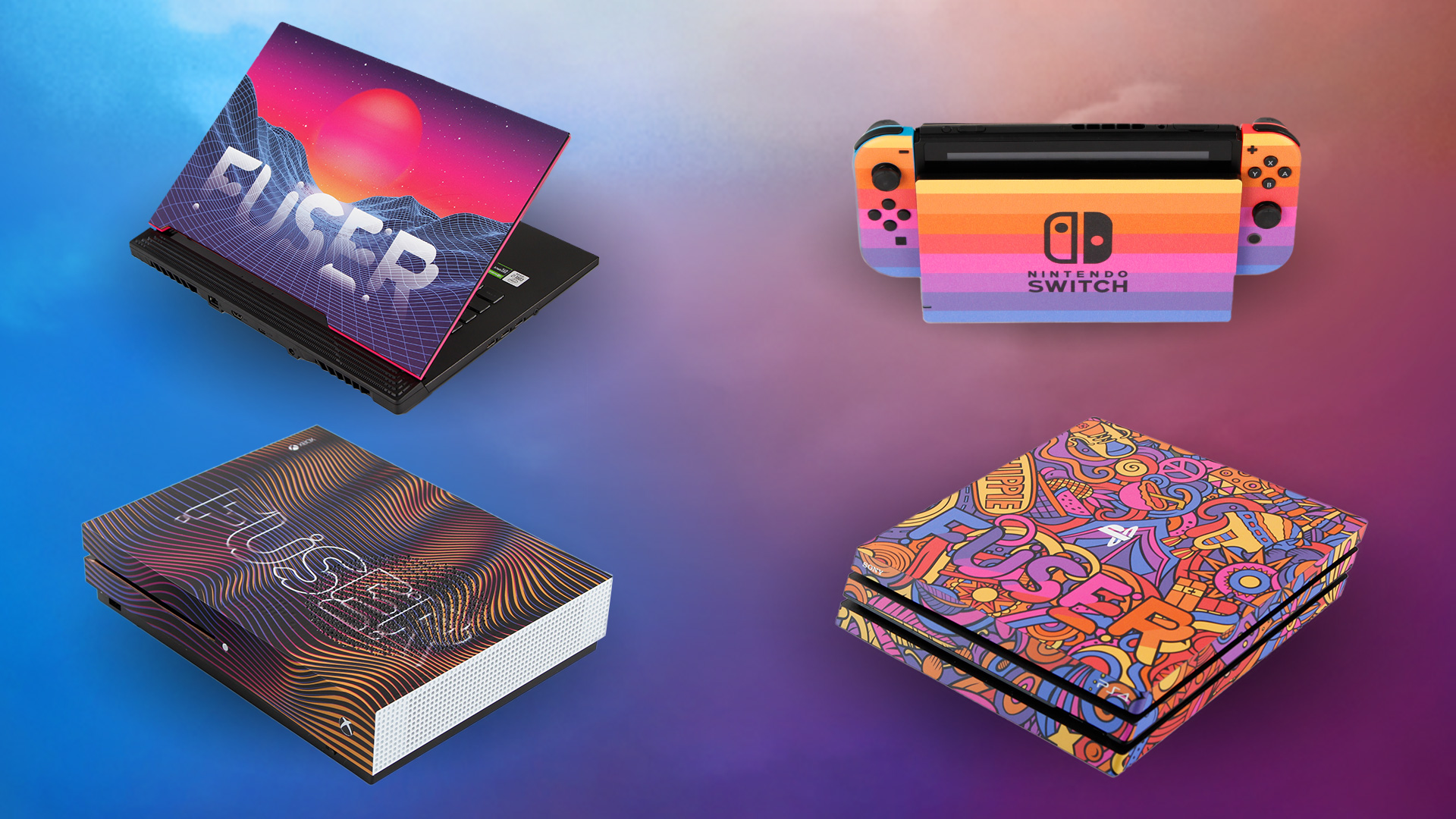 Now that FUSER’s arrived, you’re gonna need a great platform to play on. We can’t give away a stage—apparently, it “weighs over 100 tons” and “people are using that right now.” But we can hook four DJs up with one of our sweet, customized FUSER gaming consoles or a gaming laptop. You won’t even need a road crew to start performing!

We’ve FUSER-ized three gaming consoles and a gaming laptop to bring colors to your eyes and music to your ears every day:

They are beautiful. Would you like one? Here’s the rundown.

ENTER TO WIN ON GLEAM.IO

To enter to win a FUSER customized Nintendo Switch, head on over to the Gleam.io competition portal and complete activities like following @FUSERgame on Twitter and retweeting posts. You’ll get one entry for each one you do.

A random winner will receive the power to hold an entire music festival gently in their hands. It could be you, so get your entries in before November 22, 2020.

To enter to win a FUSER customized Xbox One S, PlayStation 4, or the ASUS ROG Strix G15, follow @FUSERgame on Instagram. We’ll give away one of the prizes each week until they’ve all found loving homes.

Just like the contest post for your favorite prize and tag a friend. If you don’t play favorites, like all of our contest posts and tag three friends (or the same friend, if they’re cool with that)! You can enter each week, but you can only win once—apologies to our octopus DJs who specialize in multiple simultaneous sets.

Best of luck, and play on!