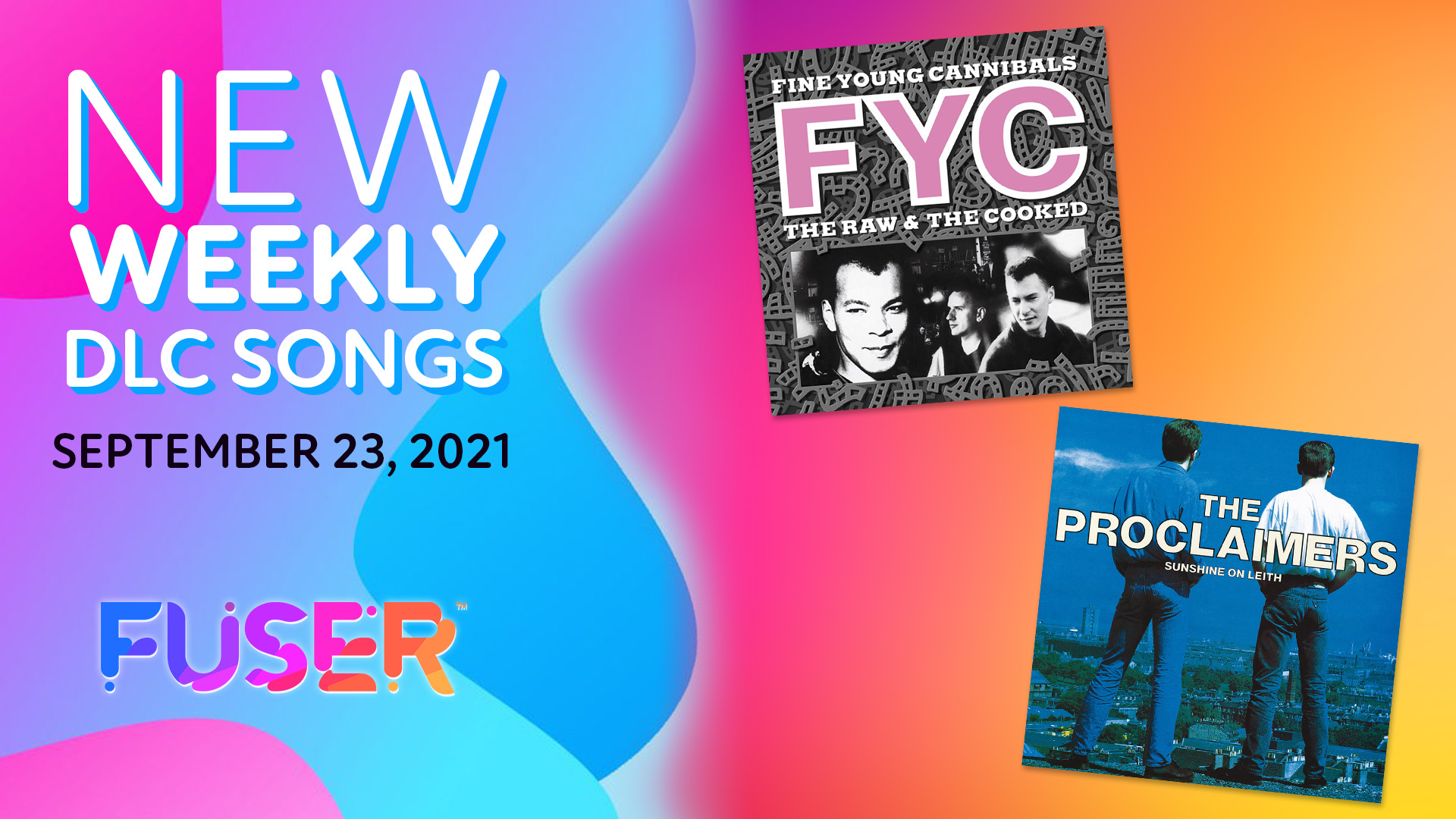 “She Drives Me Crazy” by Fine Young Cannibals and “I’m Gonna Be (500 Miles)” by The Proclaimers will be available for purchase later this week!

“She Drives Me Crazy” by Fine Young Cannibals hails from the group's 1988 album The Raw & the Cooked. The song was recorded in the famous Paisley Park studio in Minneapolis, and the influence of the producers on the unique pop sound is palpable. The track enjoyed critical acclaim and charted globally, entering the top ten of over 15 countries, including the number one spot on the US Billboard Hot 100. Not only was the single wildly successful, but the music video was nominated for Best Video at the 1989 MTV Video Music Awards.

Beautifully produced drums accompanied by selected percussive elements like the tambourine and various shakers lay the groundwork for this groovy track. The lead vocal disc is a brilliant showcase of the dexterity of the human voice with an impressive mix of falsetto for the verses and a strong chest voice for the well-known chorus. A blend of staccato synth hits finds their home on the lead instrument disc. The legendary electrified guitar riff and resonant bass sounds sit comfortably on the bass disc along with a funk-inspired guitar riff.

“I’m Gonna Be (500 Miles)” by Scottish band The Proclaimers is a culturally iconic track that will add a bit of grit to your mixes! The track served as a lead single from their 1988 album Sunshine on Leith and catapulted the group into global recognition. Having been referenced multiple times in pop culture, the song catapulted to number 3 on the US Billboard Hot 100 during the summer of 1993. The song earned an RIAA gold certification and claimed the number one spot on charts in Australia, Iceland, and New Zealand and multiple additional top ten placements around the world.

The lead vocal disc contains instantly recognizable lyrics and harmonies, with the lyrics overflowing with a sense of devotion. The lead instrument disc holds a familiar guitar part that leans heavily on the downbeat making it a great contender to enhance rhythmic mixes. A tried-and-true rock drumbeat also offers a solid foundation for the entirety of the track.

“She Drives Me Crazy” by Fine Young Cannibals and “I’m Gonna Be (500 Miles)” by The Proclaimers will be available for purchase at $1.99 each (or regional equivalent price).

Last but not least, we’re excited to bring more DLC regularly to FUSER. Keep an eye out for an announcement about it next month!

Learn more about FUSER or listen to great beats while you hang out with fellow music mixers!  Catch FUSER Guest Sessions or watch the Diamond Stage—follow our social channels for dates and times! And don’t forget to share your mixes on  Instagram, YouTube, or Facebook, and tag us with #FUSERfanMix.