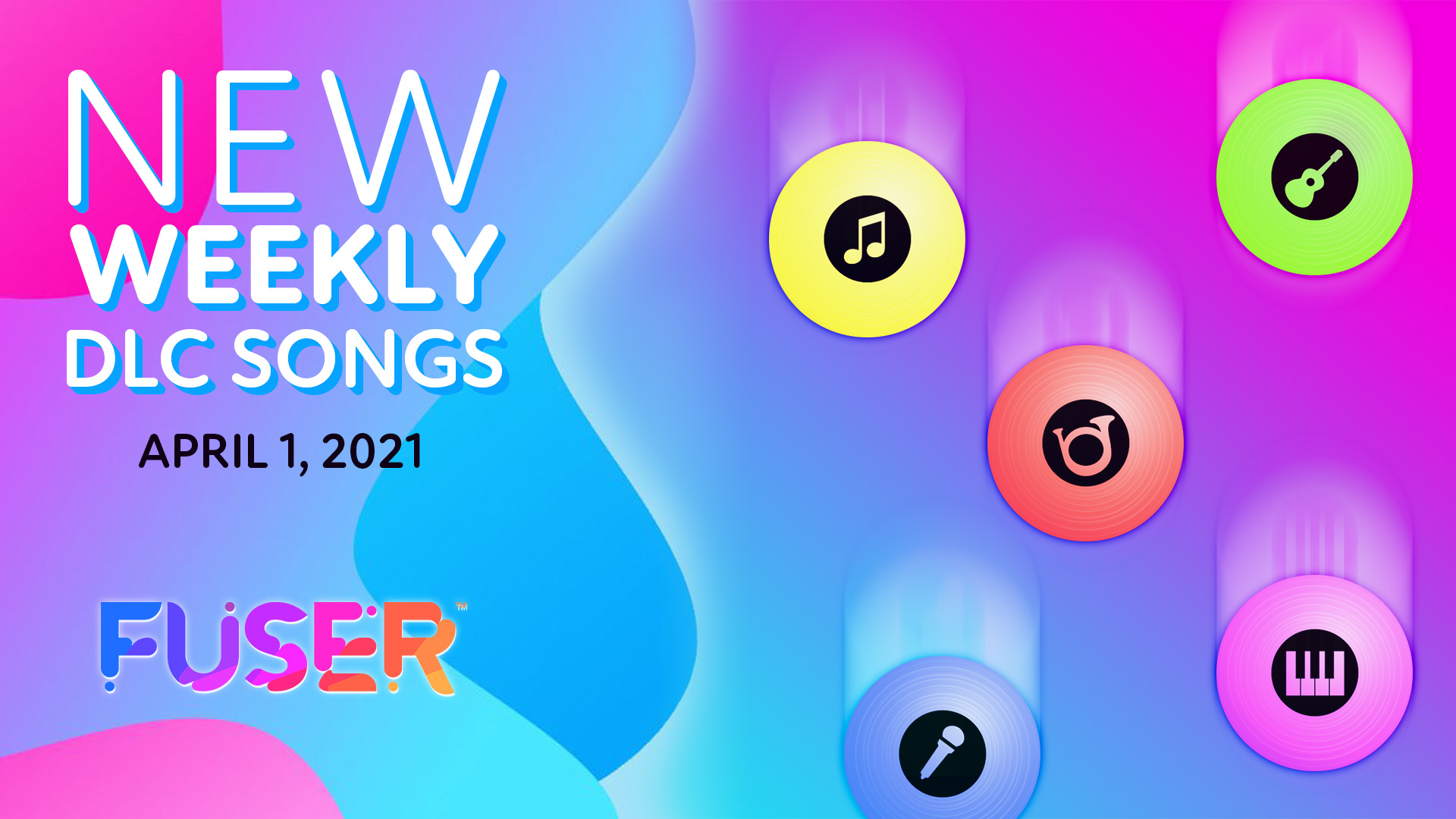 This week we have FUSER DLC that will get the crowd bursting to your body-moving mixes! Your Crate awaits, so add "Sandstorm" by Darude and "Dancing's Not A Crime" by Panic! At The Disco into your mix later this week and show us what you can do!

"Sandstorm" by Finnish DJ Darude joins FUSER as one of the world's most recognizable Dance tracks! The song hails from Darude's 1999 debut album Before The Storm. This track has maintained an impressive impact in popular culture, achieving RIAA Gold certification over ten years after its release in 2010. In January of 2020, it earned Platinum status for over one million sales. The year of its release, the song charted worldwide, including occupying a No. 1 spot in Canada, Ireland, Norway, and the United Kingdom. Each disc has its own unique characteristics, allowing the song to thrive as a completed piece and giving space for individual strings to shine when added to other mixes. The iconic melody resides in the bass disc, along with an attention-grabbing plucked texture on the upbeats of the second half of the loop. The lead instrument disc contains an identifiable synth melody and intentional silence that adds to the song's mystique. The drums start reserved and build momentum with explosive hits in the first eight bars of the loop. During the 16th measure, the drum disc leans into a classic dance pattern, then uses an aggressive snare to build momentum and excitement! If this song doesn't get your heart racing, you might not have one!

"Dancing's Not A Crime" by Panic! At The Disco was the sixth single from the band's sixth studio album released in 2018, Pray For The Wicked. The album debuted at No. 1  on the Billboard 200 and earned an RIAA Platinum certification. The lead vocal disc contains playful lyrics delivered by the flawless vocals of Brendon Urie, who uses this chance to showcase his mind-blowing range. Keep your ears open when listening to the lead vocals; the disc contains an intriguing production style along with surprising and charming background sounds. The lead instrument disc offers both guitar and a full and laser-sharp horn section. These hits could set you up for the most remarkable transitions! The bass disc's rhythmic piano provides a profoundly satisfying sense that all the musical space available is being filled. The bass not only hosts an almost parlor piano vibe, but DJs will also find strings along with a delicate electric bass line. There's a very soft Hip-Hop influence that's palpable in the drum disc. The percussion is paced perfectly, allowing the song to feel upbeat and uplifting while not rushing the tempo. When these discs come together, it's a sonic celebration; come join the party!

"Sandstorm" by Darude and "Dancing's Not A Crime" by Panic! At The Disco will be available for purchase at $1.99 (USD or regional equivalent) each.

We love great beats! Share your new mixes with us on Instagram, YouTube, and Facebook, and tag it up with the #PlayFUSER and #MixTheHits hashtags. Maybe we'll shine the spotlight on your creation in a future Masters of Mix!