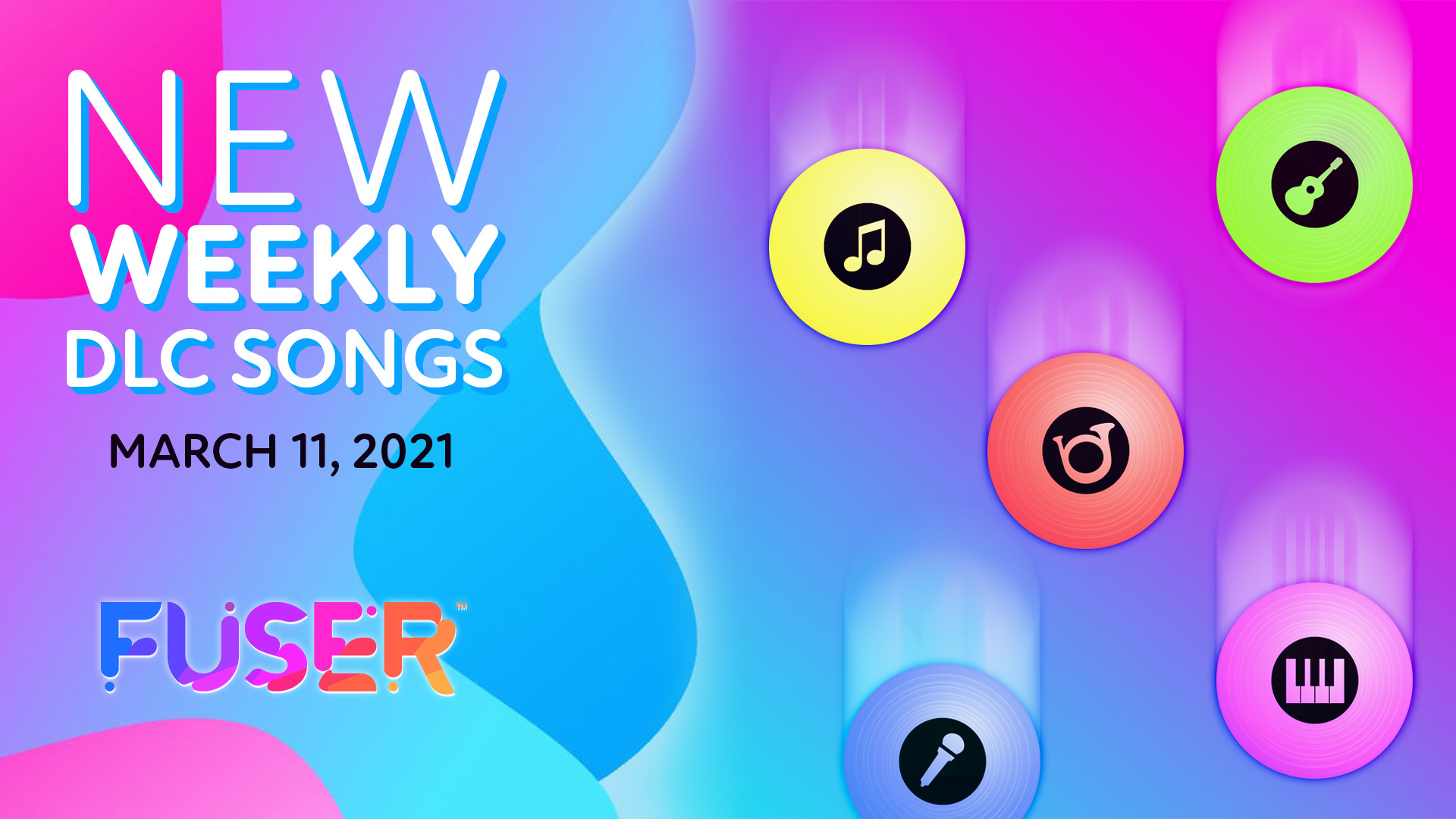 “Where Them Girls At” by David Guetta ft. Nicki Minaj & Flo Rida, “We Like to Party! (The Vengabus)” by Vengaboys, and “Seven Nation Army” by The White Stripes will be available to purchase later this week!

“Where Them Girls At” by David Guetta ft. Nicki Minaj & Flo Rida joins the FUSER festival lineup! World-famous French DJ, producer, and writer David Guetta has amassed over 10 billion streams and earned over 50 million record sales. “Where Them Girls At” was the lead single from Guetta's fifth studio album, Nothing but the Beat. The song received critical praise and earned Guetta his twelfth top twenty hit on the UK singles chart and his third top 20 hit in the US (Billboard Hot 100). The lead vocal disc highlights the iconic flow of Nicki Minaj alongside the energetic vocals of Flo Rida. The lead instrument and bass disc both feature an eighth note rhythm that keeps the song’s energy moving forward. The drum disc contains impressive and precise hits on the cymbals, accompanied by a hard-hitting kick drum sets a brilliant foundation for a wide variety of mixing styles. The song sits at a comfortable 130 BPM in FUSER but sounds great at any tempo!

“We Like to Party! (The Vengabus)” by Dutch group Vengaboys was released in 1998 as a single from the album Up & Down - The Party Album. The song was a massive success for the group worldwide and sold over 400,000 copies in addition to climbing up the US Billboard Hot 100 the year of its release. The song has maintained an impressive impact on popular culture, having been sampled by various artists and used in many global media campaigns. The lead instrument disc features the world-famous riff we all know and love. Despite its strong sonic signature, this riff sounds incredible when creatively mixed with other tracks. The bass disc showcases a rhythm primarily focused on the upbeat, making it an interesting texture to incorporate into your creations. The drum disc and vocal discs contain infectious optimism! This is the perfect party starting song between the uplifting vocals and fun sounds found within these discs.

“Seven Nation Army” by The White Stripes is a well-known rock anthem, sure to bring grit and power to your mixes. This track comes from the rock duo’s fourth studio album, Elephant, earning multiple Grammy Award Nominations and ultimately won Best Rock Song at the 46th Annual Grammy Awards. The single also helped The White Stripes take home an MTV Music Video Award. The song was a massive success on music charts worldwide, including occupying the number one spot on the US Billboard Modern Rock Chart. The drum disc features an unrelenting kick drum, which sets the energetic tone for the gritty vocals of Jack White on the lead vocal disc. The bass disc holds one of the most recognizable bass riffs in modern rock history. It will add tenacious energy to your mix.

“Where Them Girls At” by David Guetta ft. Nicki Minaj & Flo Rida, “We Like to Party! (The Vengabus)” by Vengaboys, and “Seven Nation Army” by The White Stripes will be available for purchase at $1.99 (USD or regional equivalent) each.