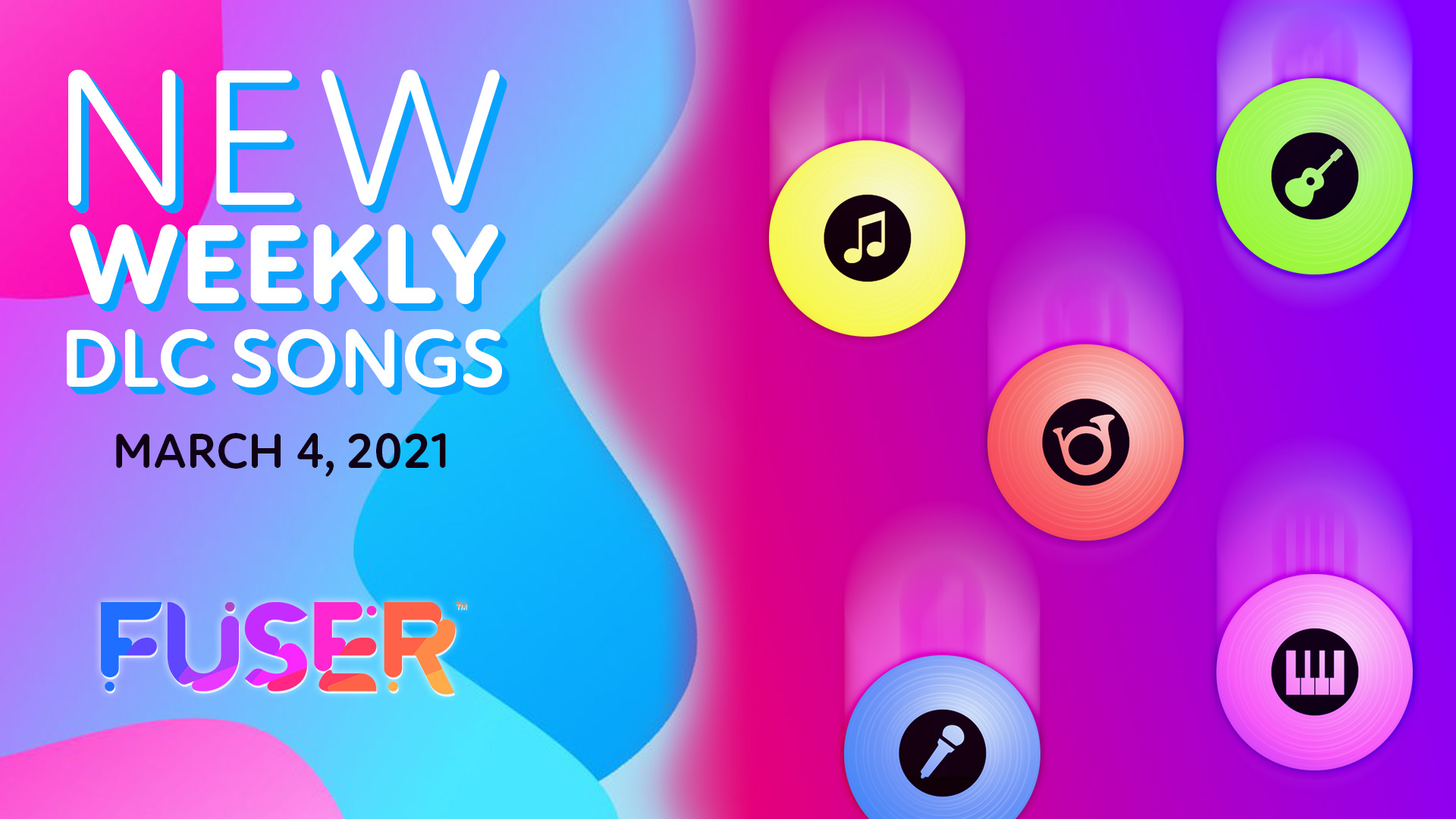 Two songs have been added to bring a little mood to your FUSER festival mixes—add these popular tunes to your Crate and make your mix! “My Head & My Heart” by Ava Max and “Holding Out for a Hero” by Bonnie Tyler will be available to purchase later this week!

“My Head & My Heart” by Ava Max is the third song from this talented artist to make it into the FUSER festival lineup! Released in November of 2020 on the digital reissue of Heaven & Hell, Max expanded upon and modernized globally recognized dance track “Pesenka (La La La)” by Ruki Vverh. The single has charted worldwide and earned critical acclaim, entering the US Billboard Hot 100, US Billboard Top 40, and the US Mainstream Top 40. In early February 2021, Max released a stirring acoustic version of “My Head & My Heart” further emphasizing her diverse capabilities as an artist. The staccato hits from the bass disc beautifully contrast legato synth lines from the lead instrument disc. The vocals from Ava Max have a confident and empowered quality about them. Her energetic yet controlled vocal performance sounds incredible in any key and gives the impression there is something to celebrate. The drum disc is a classic dance beat that starts slow and builds momentum throughout the loop.

“Holding Out for a Hero” by Bonnie Tyler brings a sense of dramatic urgency to the FUSER soundtrack. The track was originally composed for the 1984 film Footloose and became one of the most iconic performances by the Welsh singer. Tyler’s distinctive style and exceptional vocal performances helped her collect multiple Brit Award nominations and three Grammy wins in addition to a myriad of other awards. “Holding Out for a Hero” earned Tyler a British Phonographic Industry (BPI) Gold certification and a spot on popular music charts worldwide. This track features iconic and instantaneously recognizable drums, including the drama-infused drum fills we all know and love. The bass line is simple but effective and helps drive the high energy of the song. The lead vocal disc contains Bonnie Tyler’s gritty vocal texture, in addition to chill-inducing background harmonies. All these high-energy elements are tied together with the parlor style piano coming from the lead instrument disc, which sounds impressive when manipulated with Audio Effects.

“My Head & My Heart” by Ava Max and “Holding Out for a Hero” by Bonnie Tyler will be available for purchase at $1.99 (USD or regional equivalent) each.

Your mixes deserve the be heard! Share your mastery of FUSER music with us on Instagram, YouTube, and Facebook—tag us using the #PlayFUSER and #MixTheHits hashtags. Maybe you’ll stand in the spotlight in a future Masters of Mix!